Acidification of the stomach

The stomach is functioning properly only when the gastric juices are very acidic (pH 1-3). Mucosa produces pepsin (protein digesting enzyme) and strong hydrochloric acid, which is essential for proper digestion, therefore high pH 7 occurs only where the gastric juices come in contact with the gastric mucosa; wherein the acidity is continuously neutralized.

When the acidity is above pH 2.5 (other sources quote the limit as pH 3) the digestive function of the stomach is impaired, resulting in reduced absorbency of many substances, such as vitamins, as well as the absorbency of undesirable substances. At a pH of 5 proteins are not digested (pepsin is not produced) and bacteria growth occurs, eg. helicobacter pylori (associated with the formation of gastric and duodenal ulcers) and at pH 6-7 the stomach practically does not work (neutral pH 7 is for example found in water).

The purpose of the stomach is the fragmentation of proteins into individual amino acids so that the intestines can complete the digestion process and extract the necessary nutrients. Problems arise when the stomach acid is too weak (high pH) or if there istoo little of it – undigested proteinsstart rotting in the small intestine. The worst case scenario is the passage of undigested proteins into the bloodstream – the immune system sees the foreign body and aims to destroy it, which results in many disease symptoms.

Direct symptoms of a poorly acidified stomach include: indigestion, bloating, excessive gas, growl and heaviness in the stomach following a meal.

How to check the acidity of the stomach?

The test result are determined by the time it takes for you to burp following drinking the mixture. The sodium carbonate solution following a contact with the hydrochloric acid reacts by secreting carbon dioxide (CO2), which leads to burping.

This test is simplified, but reliable reportedly at 99.5%. The most reliable studies are:

Groups in which acidification of the stomach is desirable:

Acidification of the stomach

Symptoms and diseases that may indicate low acidity of the stomach, and therefore indicate a need for carrying out the acidification procedure.

During heartburn, the gastric juices penetrate into the esophagus and throat, resulting in unpleasant burning, and even vomiting. Traditional treatments mistakenly offer medicines containing antacids for heartburn, resulting in a reduction of acidity of the stomach, which is undesirable in terms of digestion, acid neutralization to pH 6-7. This is beneficial only temporarily to mitigate the burning sensation, but in fact it exacerbates the problem, since the correct operation of the esophageal sphincter is contingent on the degree of gastric acidity – the higher the acidity of the sphincter, the tighter it is clamped and vice versa. The explanation for this phenomenon is simple: when the acidity of gastric juice is not sufficient, the food stays in the stomach for too long and the sphincter allows it to pass through. In other words, antacids eliminate burning, but the juices will continue to penetrate into the esophagus and throat.

This begs the simple conclusion: the cause of heartburn may be low acidity / amount of gastric juices, which provokes sphincter to loosen up, as a consequence, stomach acid moves up. In the context of such a clarification of the mechanism of heartburn, its proper treatment should consist of acidification of gastric juices, and not their neutralization! The use of antacids with proton pump inhibitors (PPIs), or blockers of H2 completely disables digestion even for 24 hours, causing a loss of 130 to 300mg of calcium from the bones (frequent use may induce osteoporosis) and a significant reduction in levels of vitamin B12. In addition, these medicines contain aluminum, which accumulates in the body, mainly in the brain and kidney, causing for example- Alzheimer’s. Another problem are the different effects of a discontinuation of PPI drugs – usually there occurs an increased production of gastric juices, but also a  complete cessation of the acid production. Sometimes the use of these drugs is justified, eg. in the case of bleeding gastric ulcers, but their use concerning reflux is often incorrect.

If the cud with low acidity gets into the intestine, pancreatic enzymes are not properly discharged, resulting also in an incomplete digestion of carbohydrates. The result of this is an excessive production of gases that push the food, which causes reflux and heartburn.

In conclusion, proper treatment of heartburn, gastroesophageal reflux disease (GERD / GORD) should be based on acidification of the stomach, the use of probiotics (eg. Lactobacillus acidophilus) and the digestive enzymes (eg. Hydrochloric acid betaine and pepsin, see below).

Circulatory diseases – coronary heart disease, atherosclerosis, heart attack and stroke. One of the main causes of cardiovascular disease is an excess of homocysteine vitamin B12, B6 and folic acid (B9, B11). In other words, the absence of one of these vitamins will increase homocysteine levels. In a poorly acidified stomach. the gastric absorption of vitamin for example, B12 is strongly reduced, which results in increased levels of homocysteine and said consequences – from atherosclerosis, to coronary heart disease, myocardial infarction and stroke.

Diseases and symptoms occuring due to incomplete digestion of the protein. Proteins are made up of specific amino acids that  the organism isolates to form different substances. One of these amino acids is tryptophan. An absence of tryptophan is the lack of a component for the construction of a number of hormones and neurotransmitters. There are 300 different amino acids, many of which are absolutely necessary! But that’s not all – undigested protein is a protein that has not been broken down into amino acids. In its full, not broken up form, it starts rotting in the gastrointestinal tract (change of the bacterial flora in favor of pathogenic bacteria) and before passing through the duodenum, the small intestine and large intestine and be excreted from the body, it can reach the bloodstream. In that case, the immune system identifies the protein as a foreign body (as well as allergens) and starts a war which’s effects may vary from:

Reduced immunity. At an incomplete sterilization of food, an overgrowth of pathogenic bacteria, fungi and viruses occurs. while reducing a healthy gut microflora, which significantly reduces the possibility of the immune system. There chronic inflammation and infections.

Interesting!
Many naturopaths begin the treatment of new patient by checking the degree of stomach acidity!

How to acidify the stomach?

Acidification of the stomach should be preceded by the appropriate hydration of the body. According to research a human can produce up to 2.5 litres of gastric juices every day, therefore the high demand for liquids is obvious. It is important to remember however to not take liquids during a meal or just after eating, otherwise they may thin out the gastric juices.

Hydration is designed to produce a suitably thick gastric mucosa, which you should know that your body dehydrated protecting water wisely manages, among others, brain, lungs, heart, liver and kidneys – the rest of the organs survive without fluids. Therefore, in the course of irrigation to supplement the gastric mucosa will not happen in the first place. Irrigation can be carried out bottled water (not for the bypass food in plastic packaging due to the presence of harmful Bisphenol A, BPA – on the packaging symbol PC7 or 7 in the triangle) or filtered tap water with salt (preferably a crude example. Kłodawa or Himalayan – 1 5g per liter of water), optionally with the addition of honey and lemon juice. Rehydrate can last from a week to up to 6 months. Optimal hydration is a light straw-colored urine. The darker, the weaker. In determining the hydration your body is helpful urine color scale comparative HydraColor and individual hydration calculator – both tools are available on this page.

Liquids not recommended during the treatment of acidifying the stomach:

The methods of stomach acidification can be combined depending on the needs, but it’s worth starting with one method and observing the effects. In general, stomach acidifies bitter, sour and salty food.  Stomach acidification needs to be carried out before a meal, especially before eating high-protein foods. This order is not accidental, that is, from easiest to most difficult to digest foods:

Note: Acidification of the stomach is not recommended in patients with peptic ulcer or damaged mucosa of the stomach! The first step is to cure these diseases.

How to use apple vinegar: Mix 2 tablespoons of apple cider vinegar with 1/4, 1/3, or 1/2 cup of water and drink the mixture 15-20 minutes before a meal – 3 times a day, before breakfast, lunch and dinner. It’s a good idea to begin the therapy by using 1 tablespoon per half cup and gradually increasing the concentration to avoid possible stomach pain. After about 15-20 minutes the acidity of gastric juices should be adequate and you it is fine to begin eating. Several weeks of treatment should stabilize the functions of the stomach. Children: 1 teaspoon in half a glass of water.

Contraindications to the use of betaine:

A method for gastric acidity for those with a sensitive mucosa:

If after some time the above treatments cause a burning sensation, stomach pain, epigastric stinging or burning of the esophagus and throat, you should approach the problem from another side. In people with sensitive mucosa, acid introduced from the outside can break down the structure of the tissue and mechanically irritate the stomach lining leading to its damage.

The solution to this issue is an alkaline water or a water ionizer for its production.  The costs of both are relatively high, but in my opinion, for short-term courses, it is cheaper to buy a ready-alkalized, while for long-term treatments, as a permanent part of a healthy diet, it is more economical to purchase the ionizer.

Drink the water 30minutes to 1 hour before eating. The body always strives to achieving homeostasis (biochemical balance) through strong mechanisms of self-regulation. Flooding the acidic stomach with a non-acidic water will cause it  to produce its own acid to achieve the original balance. The procedure can be regarded as a form of stomach exercise, which gradually raises the production of strong acids.

An effective stomach acidification may cause sudden disappearance of many tedious and chronic diseases and ailments, so the procedure is unquestionably worth carrying out. A big advantage is the fact that most of these methods are available for virtually anyone and show no harmful side effects. Additionally, stomach acidification removes the causes of a diseases, rather than healing the symptoms, which the so-called academic medicine, or ‘Big pharmie’ are often alleged of.

On the internet there are often comments and inconsistent information about acidification of the body and stomach. You should know, that acidification is harmful and results from long-term use of bad diet and drugs. In contrast, the right acidity of the stomach is essential for its proper functioning, ie. Digestion, and absorption of proteins and vitamins.

G. Edward Griffin – A World Without Cancer – The Story Of Vitamin B17

The Story Behind A 92.3% Cancer Cure Rate 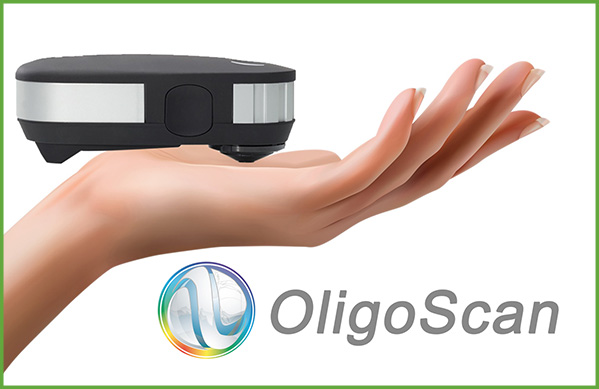 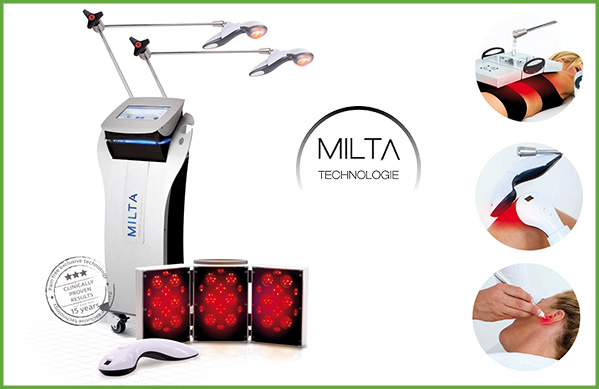